Today is a a beautiful day! We are finally ready to reveal the release date for Raft, and it’s not far away! The 23:rd of May 2018 is the day you’ll be able to jump straight into the all new and improved version of Raft. Among many other things, Raft on Steam comes packed with multiplayer, reefs, islands, more items to craft, more parts to build, more fish to catch and more crops to grow. But we have not only made additions. The graphics have gotten a complete overhaul to match the vision of the game and old game play systems have been improved all around! The new Raft is better in every aspect! We have seen how excited you all have been to get into the new version and we can assure you, we are equally excited. We cannot wait to hear about your experiences and to see the rafts you will build with the new parts and features.

We can also announce that Raft will be sold for 19,99 USD. While the increasing size and scope of the Raft experience may in the future alter the price for late adopters, players who join us during the Early Access period will absolutely have access to the full version of the game, however large it grows!

With less than two months until release we will be focusing all our energy into polishing the game, balancing things out and making sure everything runs as smoothly as possible. As we have said before, we could not have done this without the amazing support we continue to get from our community. So a huge thank you to everyone who has been with us and kept us motivated during the development! And if you’re new to Raft we hope you will enjoy the game and we welcome you with open arms! And remember, this is only the beginning. Together with you and your feedback, Raft will continue to grow during Early Access.

So, make sure to dig out your captains hat, ready the sails and mark May 23 with a big old red cross in your calendar!

Axolot Games, creator of the popular Scrap Mechanic, and Redbeet Interactive today announced that seafaring sensation Raft will release worldwide on Steam Early Access on May 23, 2018 for 19.99 USD.

Raft is a unique and hugely popular survival game in which players are thrown into an epic oceanic adventure and tasked with surviving a treacherous sea, either alone or with friends. Trapped on a simple raft, players must gather debris, scavenge reefs and grow crops to survive and build their own floating home. Oh, and be wary of the man-eating sharks!

The free alpha version of Raft has already been downloaded more than 7 million times from itch.io and become a huge hit among video and stream creators everywhere.

The Early Access version of the game has been updated with many new features, such as the addition of Survival, Creative and Multiplayer modes.

André Bengtsson, CEO of Redbeet Interactive said: “The response to Raft since we first released the alpha has been simply incredible. We can’t wait to finally launch on Steam Early Access and continue to turn Raft into an even greater experience.”

About Raft
In Raft, players and their friends are thrown into an epic oceanic adventure and tasked with surviving a perilous sea! Gather debris to survive, expand your raft and be wary of the dangers of the ocean!

Trapped on a small piece of wood, with nothing but a hook made of old pieces of plastic, you wake up on the vast, blue ocean. You’re totally alone and there is no land as far as the eye can see. The water is calm and all you can hear is the faint sound of waves and a gentle breeze. With a dry throat and an empty stomach, survival will not be easy!

The free alpha version of Raft has already been downloaded more than 7 million times from itch.io and has become a huge hit among YouTubers.

Until next time!
//Raft HQ 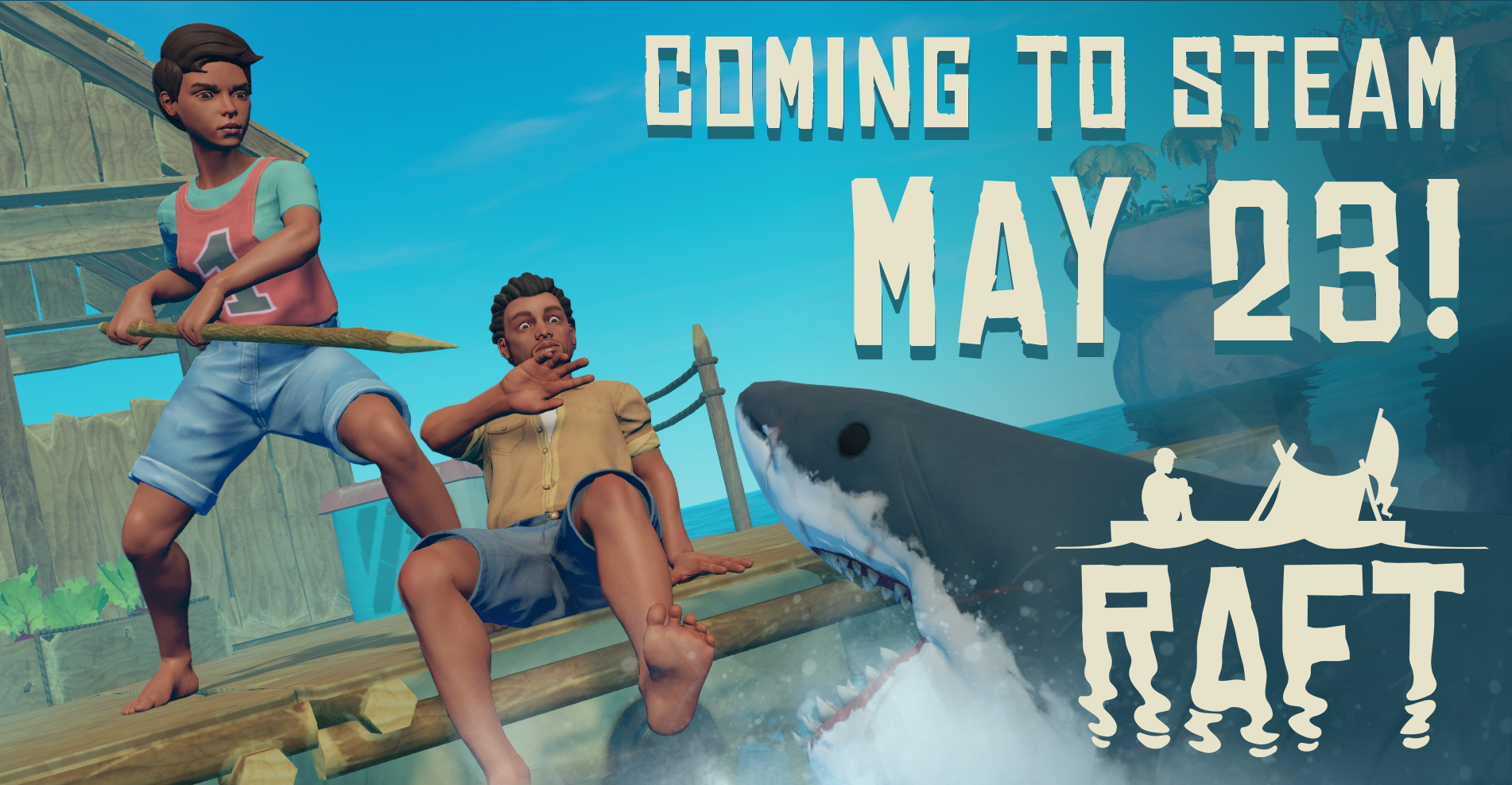