Well would you look at that? It’s the 30th blog, that’s quite something. It doesn’t mean much in reality, but hey, it’s a pretty number right? Since the last blog we’ve mainly kept on adjusting balance issues, fixing bugs and overall polishing features, so this blog won’t be very long as much of what we’ve been doing are smaller tweaks to textures, testing and doing other things that aren’t that fun to show here on the blog. However, we have found the time to add some stuff that we feel have been missing for a while. So lets get to it, shall we?

When you’ve been living the raft life for a little while and you start building up a bit of a stash, you’ll of course have to store all this stuff somewhere. And for those of you who like to have order among your chests, we’re glad to introduce signs! 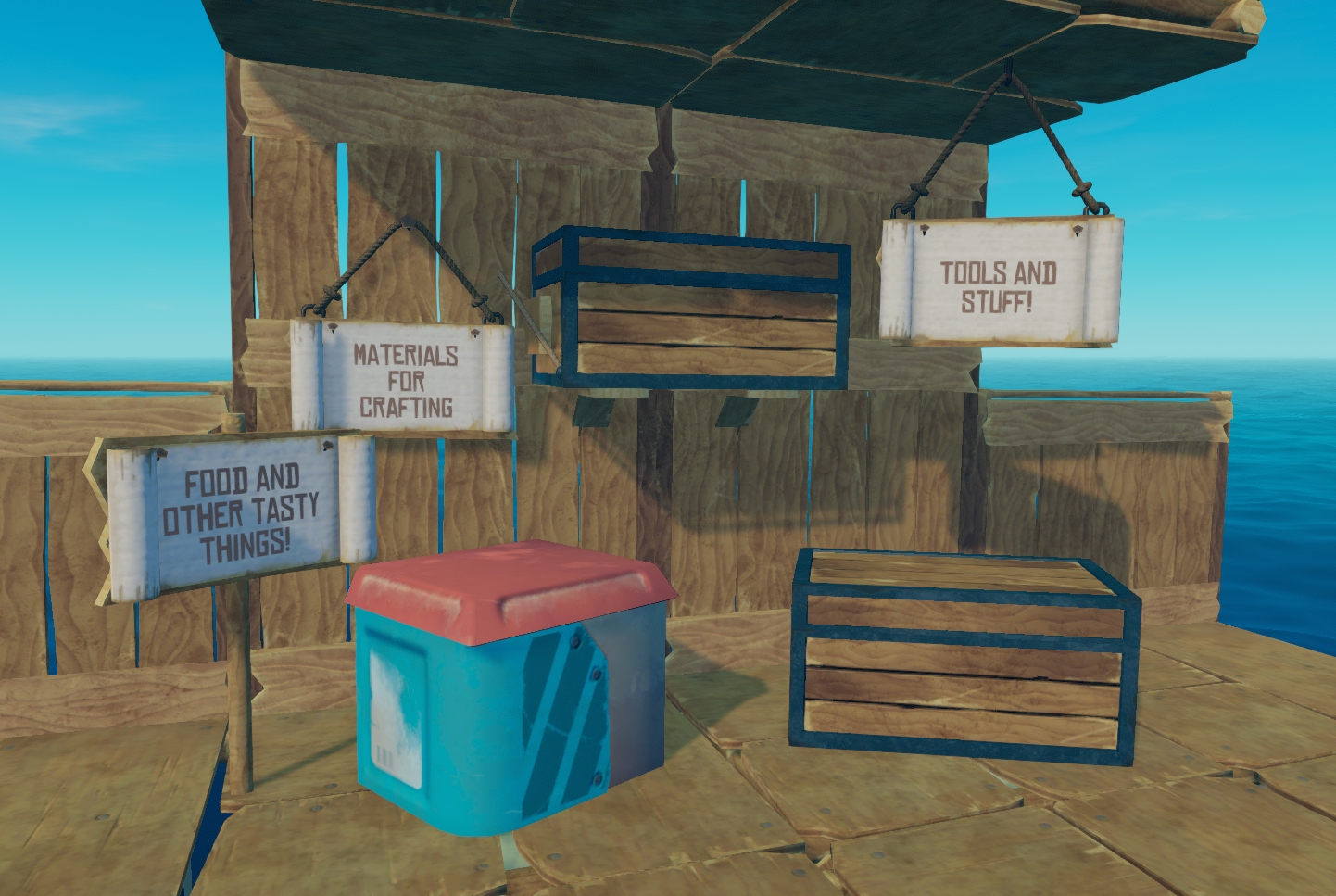 Additionally, we’ve noticed many of you like to name the shark, so it felt obvious that you should be able to actually put a name to the face. 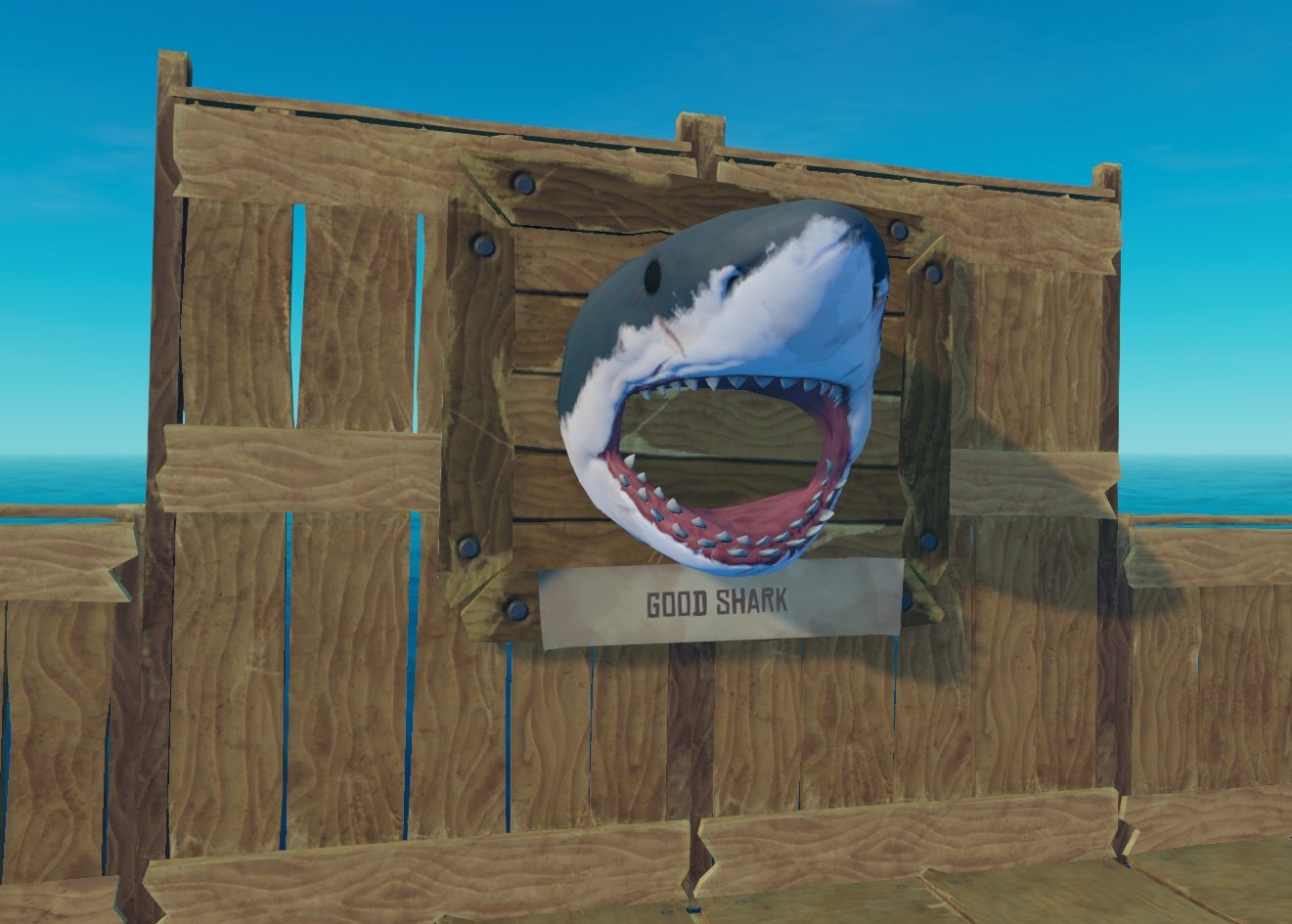 While we were at it, we also added a calendar so you can keep track of how many days you’ve survived on your raft. 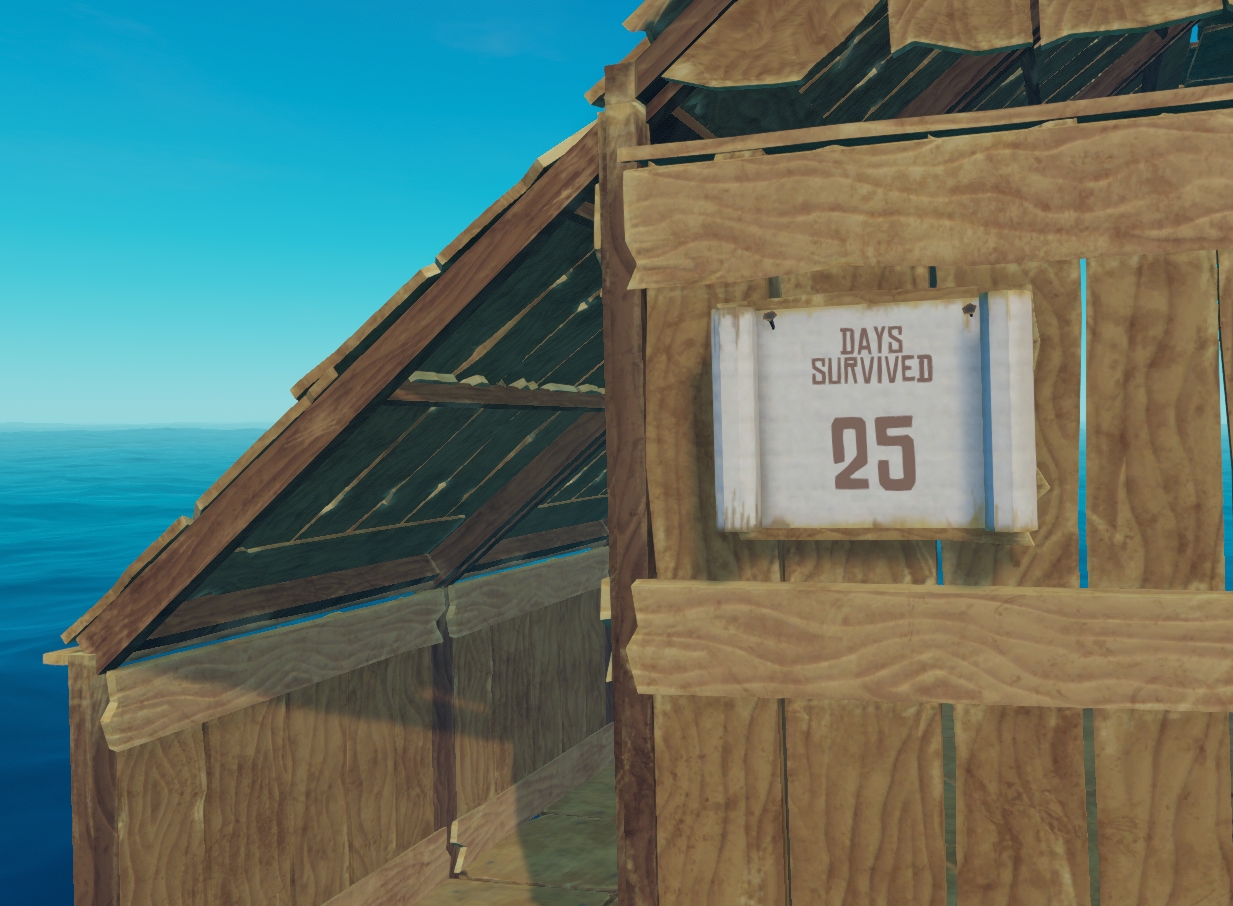 We decided put some time into polishing the fire effect. The old one felt a bit rigid, which is generally not an adjective used to describe fire. What do you think?

New fire to the right

Speaking of effects, we’ve also added some swell after the raft to further anchor it to the world and make it clearer which direction your going.

That’s all for this time! As always, we’re very happy to hear what you think of the additions and changes!

Hope you have a great weekend! Until next time!