A big hello to all you people interested in reading about Raft! It’s good to have you back! (Or simply welcome if you’re new to the blog!)

We hope you have been doing well since we last talked! Here at the Raft workshop everyone’s been tapping away at their keyboard or waving their pen across their graphics tablet to make new stuff and improve old stuff! Let’s get into what’s happened!

More plants and a crop plot! 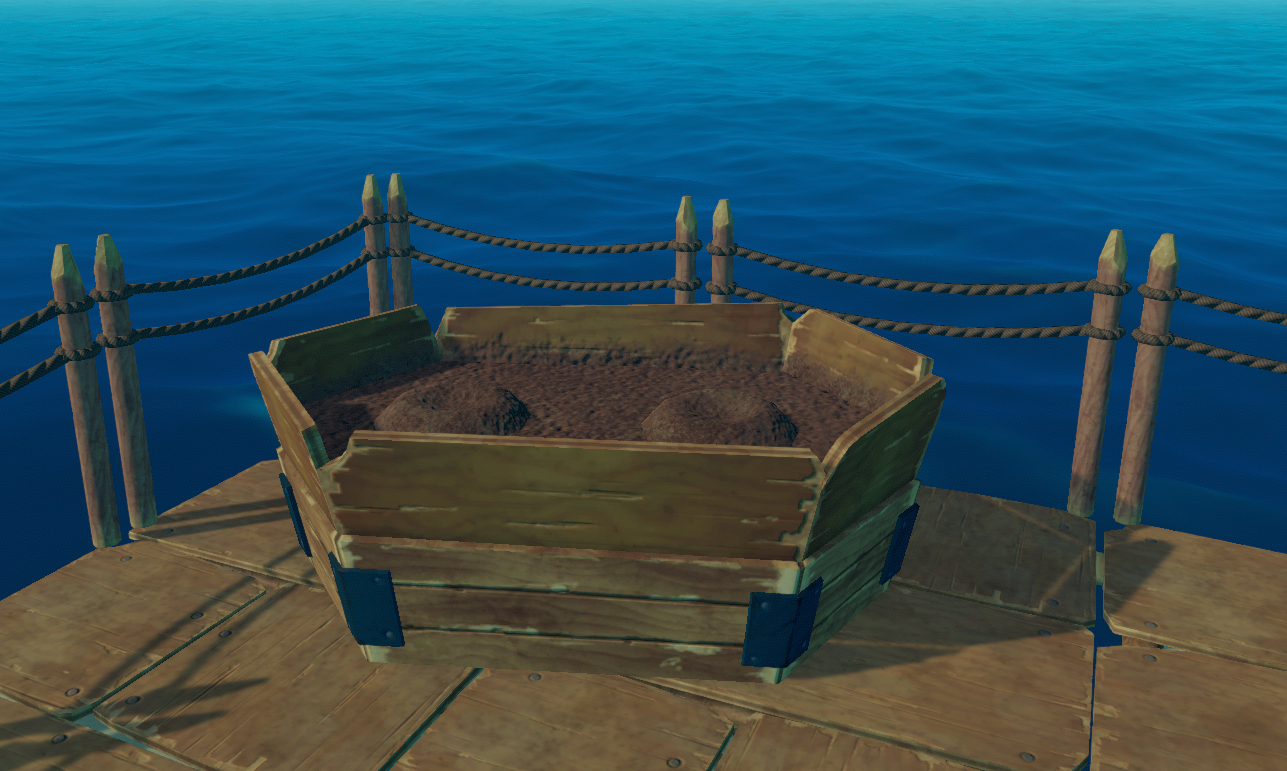 This doesn’t hold more of each plant. It actually holds fewer, but it’s big enough to grow watermelon and pineapple! 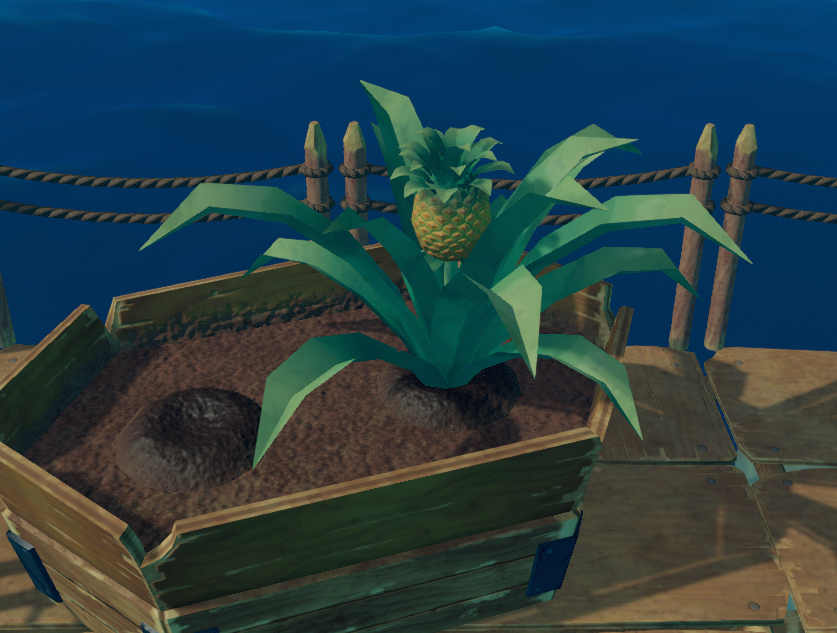 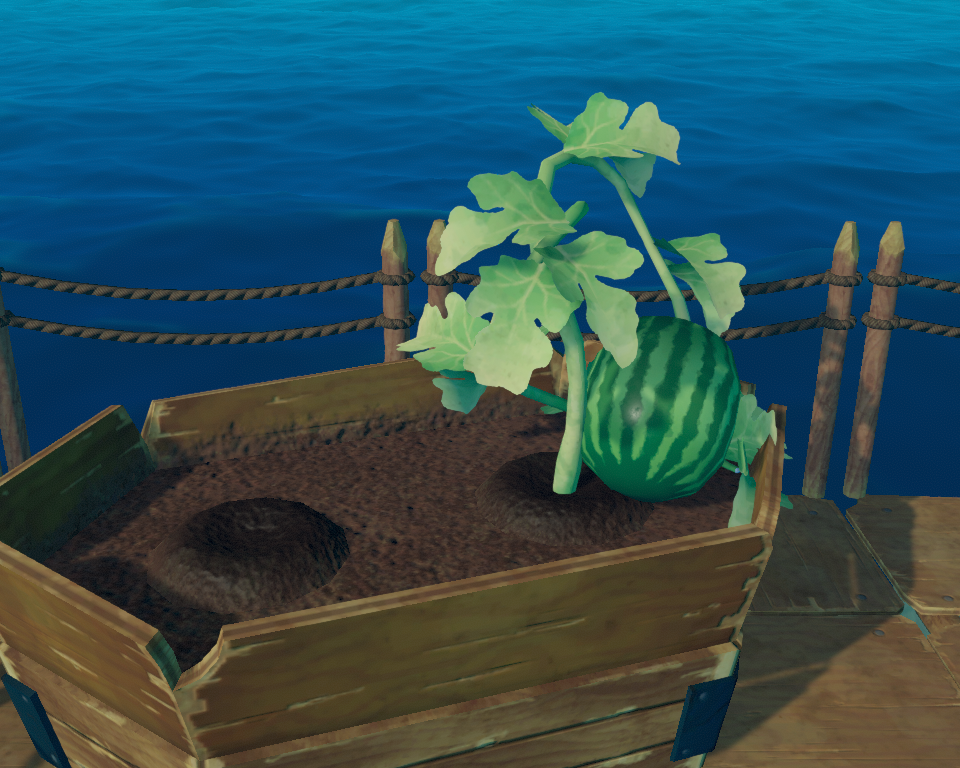 The watermelon and pineapple can be found on islands and are a great way to get some food and water in one go. The last plant that’s been added is the mango tree, which provides a bit of wood, thatch and, you guessed it, mango. 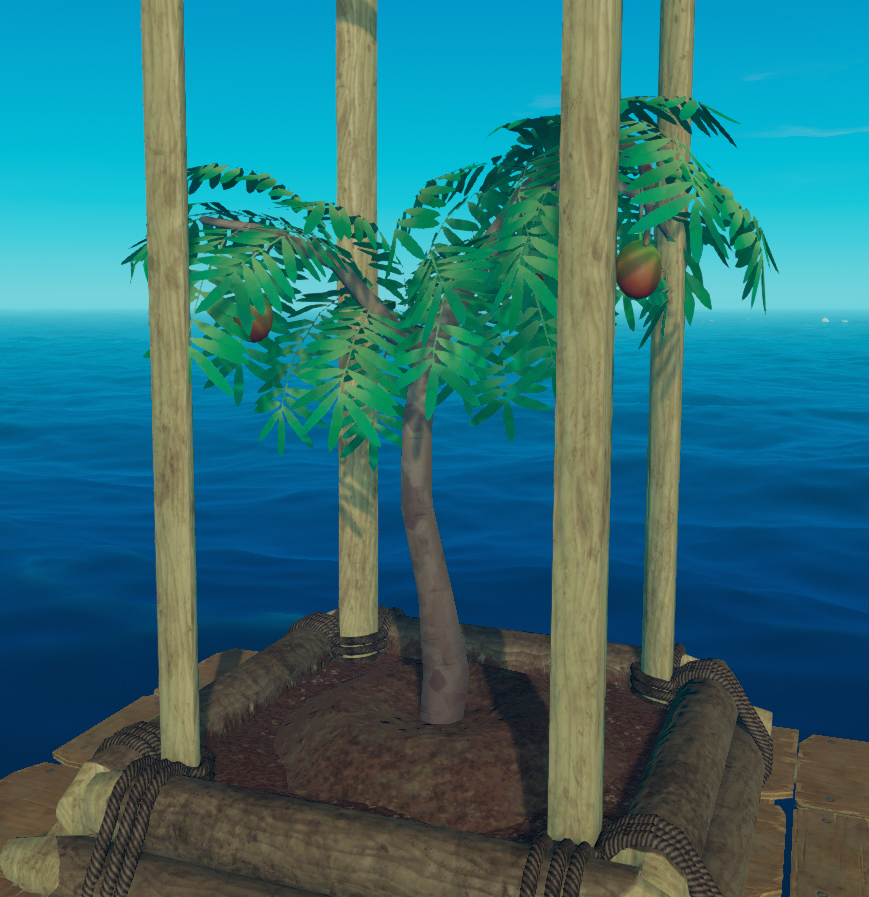 A wooden fishing rod is a great way to get started, but it breaks easily, and might be too weak for bigger fish. So if you get your hands on some better materials, you might want to craft yourself a metal fishing rod. Much better durability and stands a better chance withstanding the strength of a catfish! 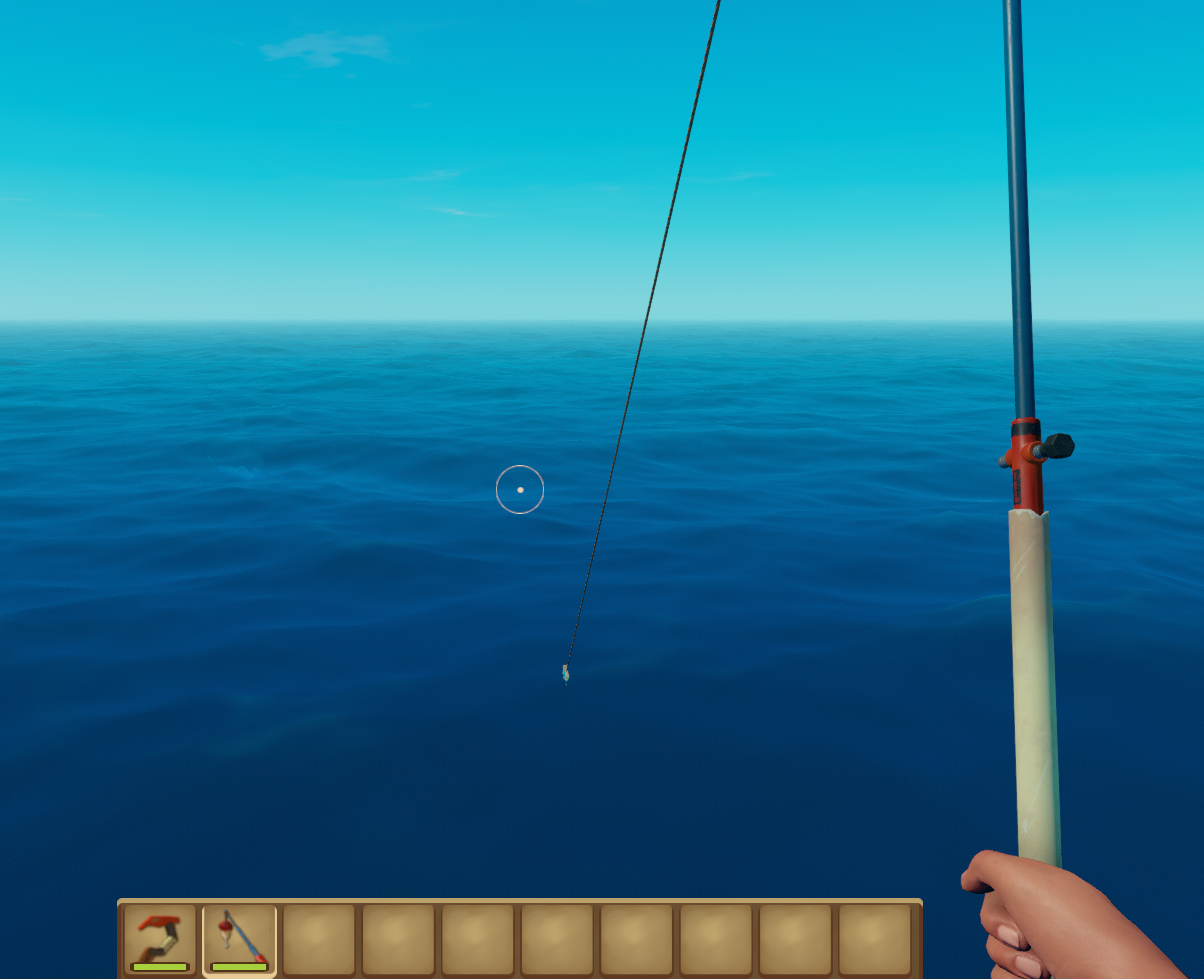 Another new addition to your crafting arsenal is the binoculars. As with most binoculars, they let you see further! 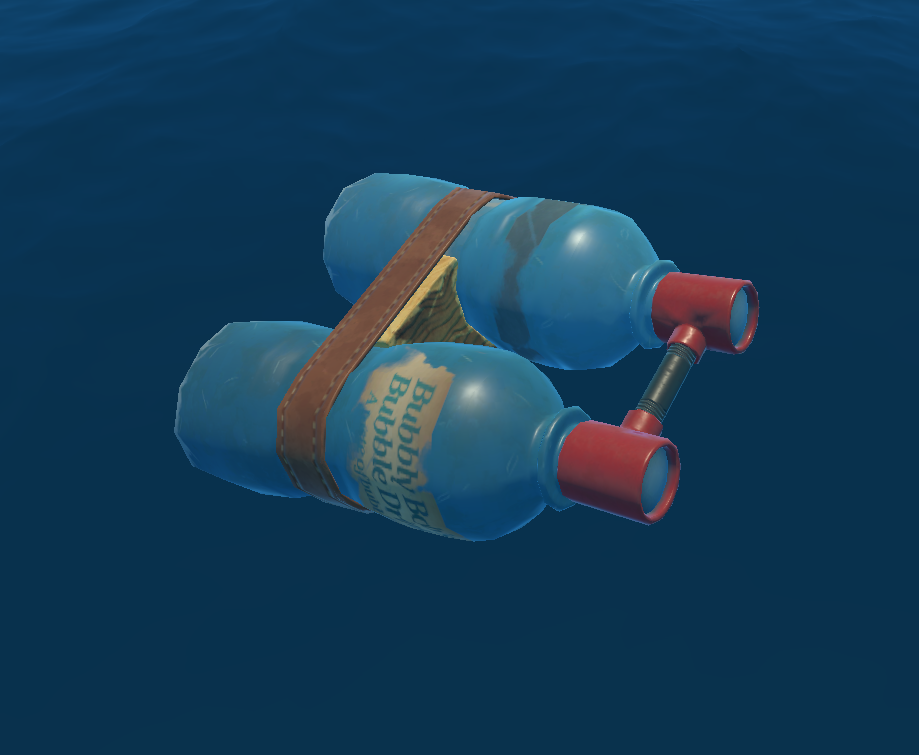 On this blog, we talk a lot about content that we add to the game. Features like the weather system or a re-designed building system. However what’s equally important is that all the feature work as they should, of course. A game is only as good as the features that work, a philosopher might say (I don’t know…). A big challenge for us, and for many developers according to my experience, is to make the game run smoothly with as few hiccups as possible and reducing the amount of computing power necessary to do this. This is something we’ve kept in mind during the whole development period, but during recent weeks we’ve put extra effort into finding and amending issues that contribute to bugs and unnecessary use of processing and rendering power. There are several parts that has been tweaked the past weeks. By looking at which features require the most processing power our programmer has been able to re-write the code to make it do what it should, but in a more efficient way. However, this mostly relieves the processor of work, which might leave the graphics card bottle-necking the frame-rate. To battle this, one of the most efficient things is to change settings that affect the whole game. Examples of this are to tweak the range where shadows are rendered at a lower resolution and adjusting distances where objects are culled(removed) from the view. The tricky thing is get these numbers as low as possible without affecting the look of the game too much. An extension of this is to give the player more freedom when adjusting graphic settings. We’ve added a lot of settings that can be tweaked to help you reach your desired FPS, such as shadow distance and quality, shadows cascades and texture resolution. 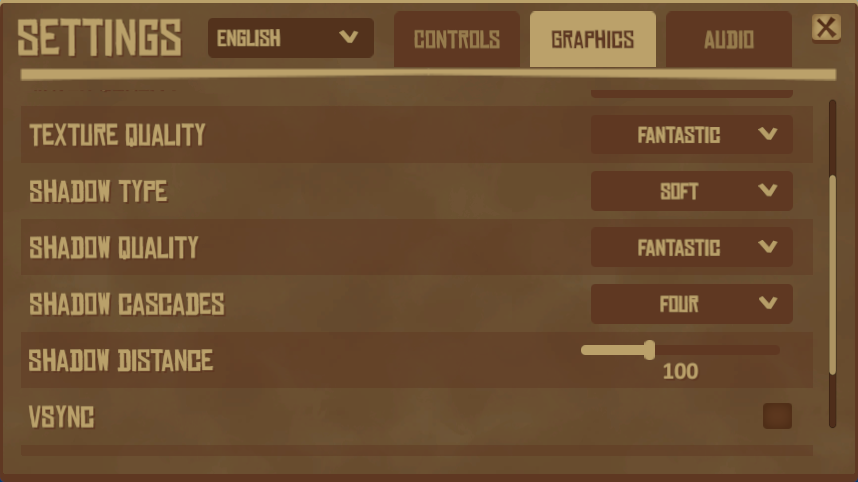 After addressing the more overarching settings we’ve ventured into changing smaller, more individual assets that could be better optimized. For example, things that are very commonly used should be looked over to see if they can be done in a more efficient way. An example of this is the foundation, which is one of the most built parts in the game. We redesigned it in order to make it more optimized. The new version of the foundations is made up of roughly a fourth of the polygons compared to the old  one, which results in massive savings on bigger rafts.

In addition to this, a lot of effort has been put into optimize the multiplayer networking code to fix issues related to slower or long distance internet connections(AKA bad ping). For example, making sure two players can’t build a foundation in the same place if they press build at the same time.

This last part was a bit more technical than usual, but we hope you still found it interesting.

We hope you’ll have a great weekend and that you come back for the next blog! 🙂

Bye from the Raft HQ.