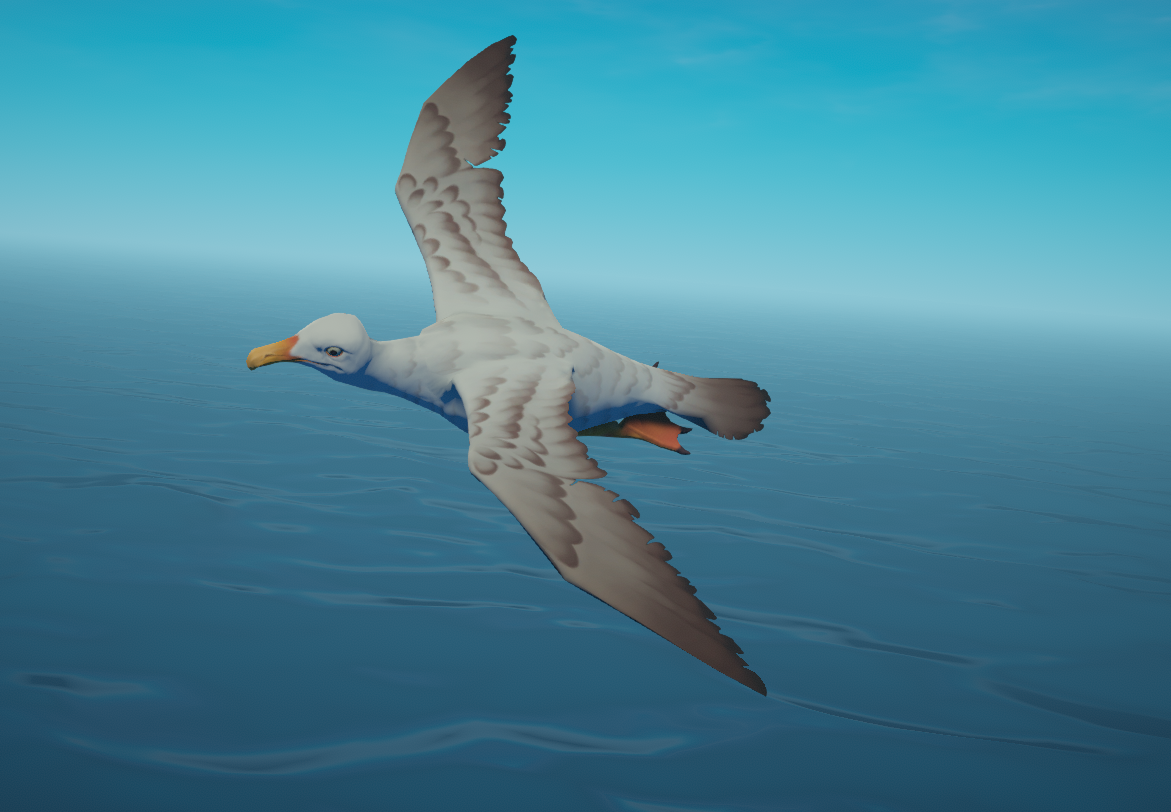 On 4 August, 2017 by Redbeet Interactive

These past two weeks we have been busy doing both game developing and office moving! Per usual some of the stuff we’ve worked on is still in the production phase which means it’s not really ready for the blog. But some stuff is ready for unveiling!

Out on the ocean there’s not much wildlife except for some fish and and possibly a shark if you’re unlucky. But once in a while some birds fly by. One bird in particular that many know as quite the annoyance is the, for many, infamous seagull!

For a survivor, stuck on the vast ocean completely alone, the sight of another living thing might be the most wonder full thing in the world! Maybe it will stay? It could keep you company for a while! Maybe you will become lifelong friends! Or… It will simply try to steal your food…

You need to start thinking about pest control. You can’t have this thing taking your preciously grown crops, and running around chasing away seagulls isn’t a viable option in the long term! Luckily, some plastic, thatch and wood make for a beautiful scarecrow to keep the seagulls occupied. 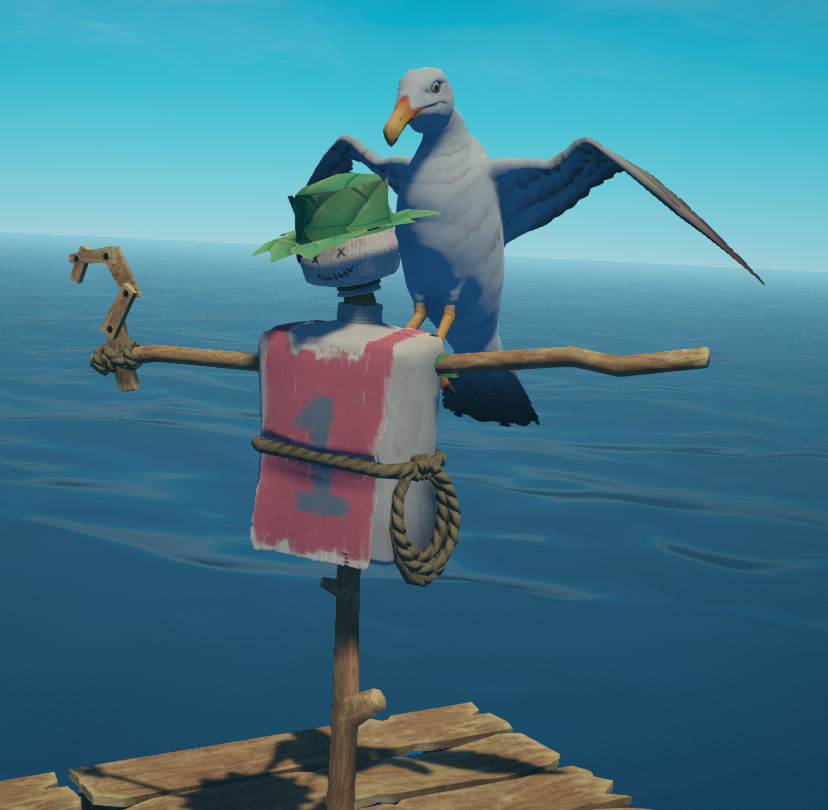 These things leave you one less thing to worry about!

Now, since we couldn’t show you a whole lot in this blog, we thought some of you might be interested in the situation of our studio! As some of you who have read our homepage know, we studied on Gotland, an island outside of the Swedish east coast. We recently finished our studies and moved to Skövde, located between the two biggest lakes, Vättern and Vänern. Skövde is great for game development since it has a growing tight-knit community of game development studios! Here we will continue the development of Raft in our first, and long awaited, office! 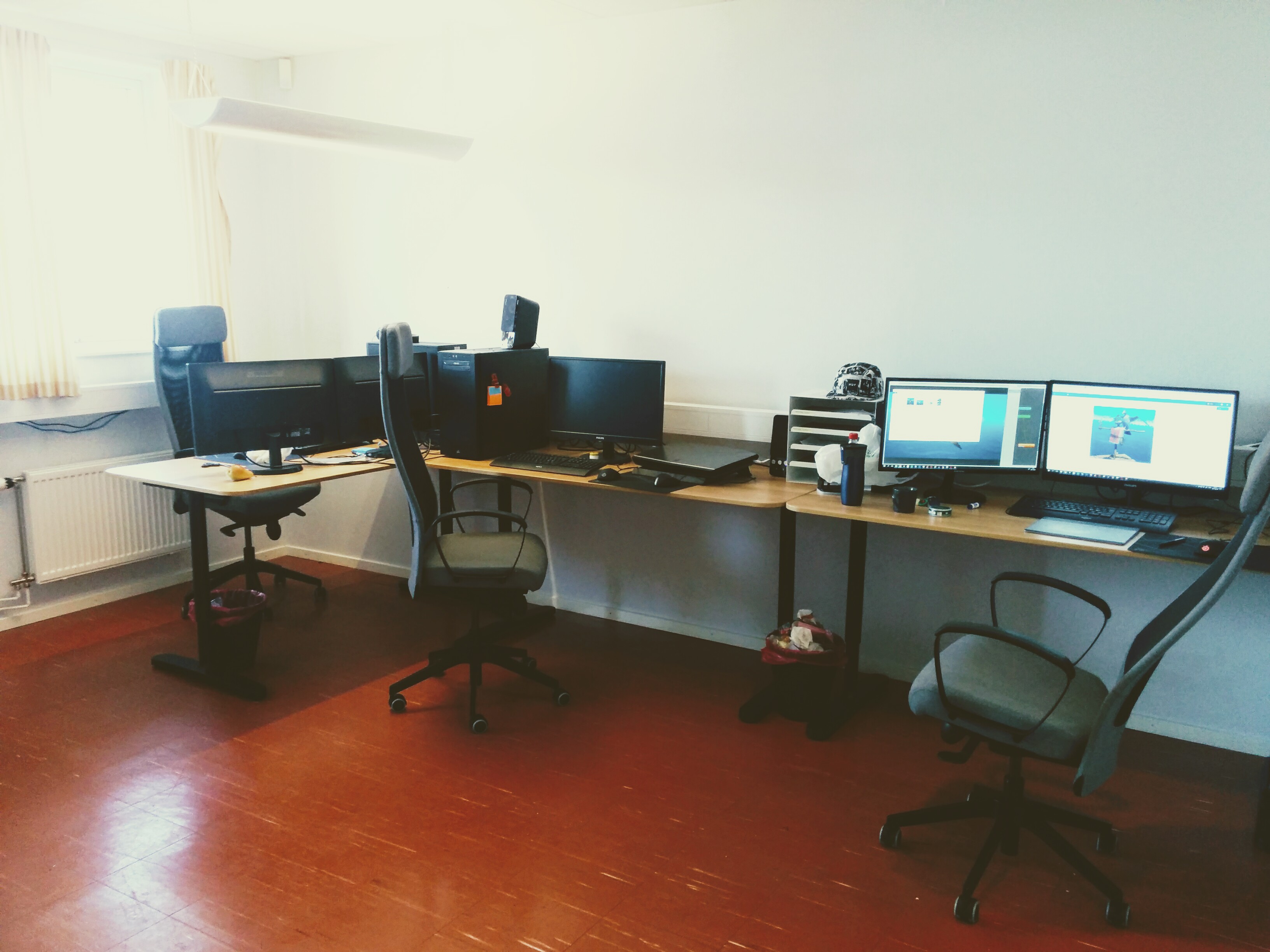 It’s not big, but we’re super happy about it!

Well, that’s all for this blog! See you in the next one and don’t forget to tell us what you think! 🙂