We’re very sorry for being so quiet! During the last couple of months we have been swamped with the last parts of University. We are working on Raft but there are still a lot of stuff we cannot reveal yet. Hopefully we will be able to tell you all about it soon enough!

However, we did feel that the character you all have been playing needed a face! So we have made a first concept that we would like to share with you! Please give us feedback on what you think about her, and have a nice day! 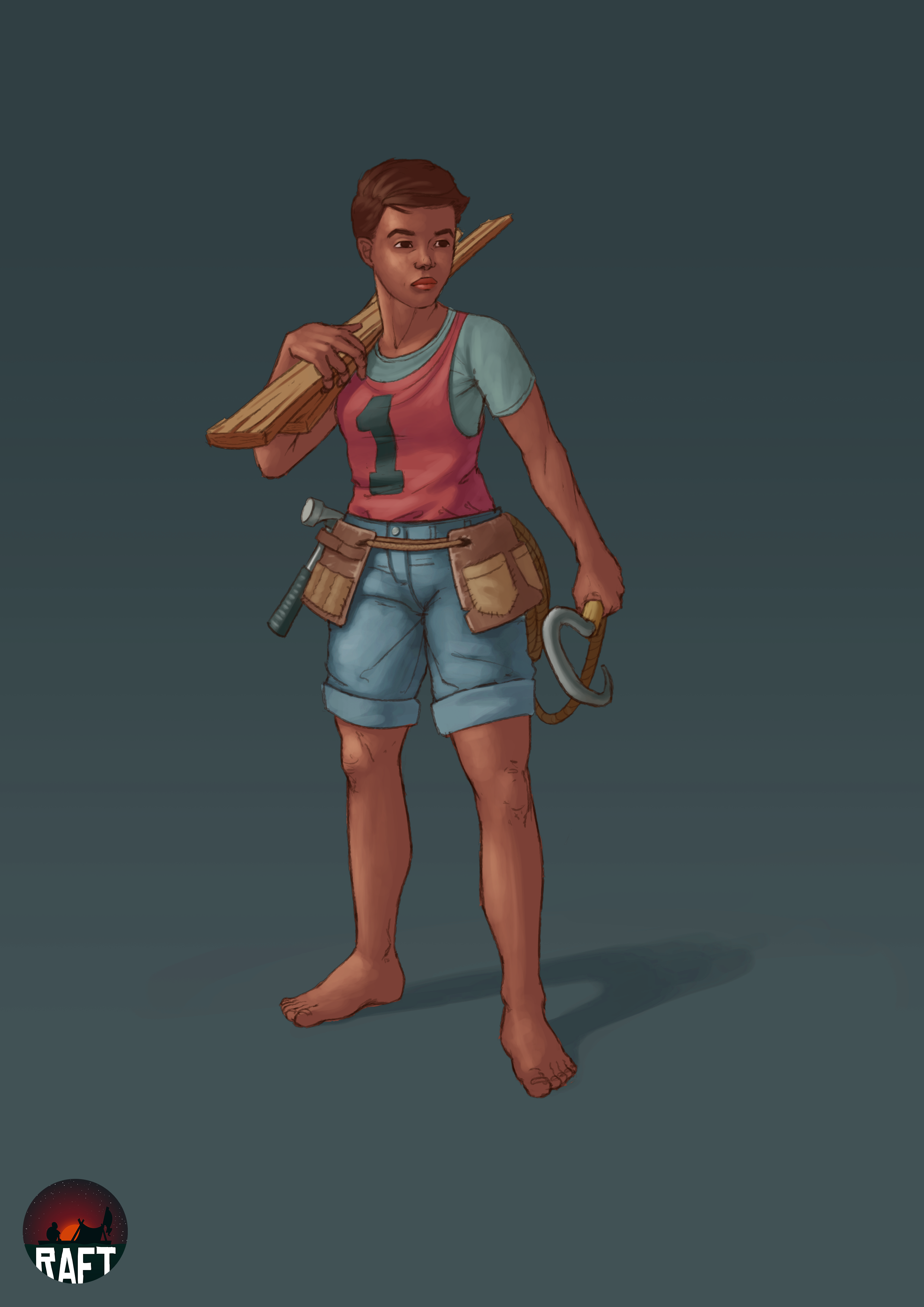